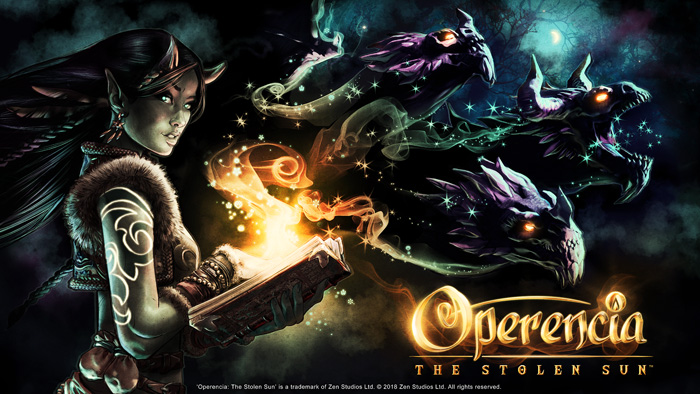 On which platforms can we expect to see Operencia available?

Operencia is coming to Microsoft’s family of Xbox One devices, including Xbox Game Pass, Xbox One X and Windows 10, as well as the Epic Games store for PC.

Operencia is a unique title, what does it mean? How did you come up with it?

If you translate the word “Operencia” from Hungarian to English, you’ll get the phrase “far, far away” – you can tell the name derives from many Central European folktales. In fact, many of them begin citing “Operencia” as the location where their tale is told. This is not a real place – never has been – but it’s universally understood to be a place far away from where the story is being told.

As a setting for this game, it’s an entire world, as our narrator puts it, “on the other side of imagination.” If you can imagine it, it’s there in some capacity. This includes everything from truly fantastical tales to more “legendary” takes on characters who were larger than life.

What is the background for the stories in Operencia and how are you bringing them together into one cohesive universe?

The backgrounds of the stories told in Operencia range from adaptations of popular tales to concepts we developed ourselves. Hundreds of years ago, the idea of stories passed around through the ages existing in one cohesive universe was never even fathomed. We’re simply operating under the assumption that everything imagined exists in the same world. As a result, characters and locations created hundreds of years ago – sometimes literally, as they’re actual historical figures – may be crossing paths for the first time ever. Have you heard of them all? Probably not – but we’re hoping that the knowledge that these stories exist piques your interest enough to seek them out yourself. (Don’t’ worry – we’ll specify some of them as we unveil more about the game.)

How does combat work in the game?

Without getting overly technical with our explanation here, this is Zen’s take on a classic turn-based RPG gameplay setup. You’ll amass a team of seven adventurers throughout the course of the game, each with distinct classes and abilities. Your own play style and strategic mind will determine whom to choose as the four in battle at any given time. Some will be better at melee; others will excel at casting spells or shooting projectile weapons. Some can do a healthy mix of them all. As you build your characters’ skill trees, you’ll be able to customize your tactics to your own personal style.

Are there other games that influenced the design and gameplay in Operencia?

Of course! The game was conceived as a love letter to the first-person dungeon crawlers many of our team grew up playing – classics like Wizardry, The Bard’s Tale and Eye of the Beholder, just to name a few. Our overall goal was to modernize that flavor of gaming – which we think works great with Unreal 4! – and to create a game that we ourselves want to play. Though there certainly are some quality modern titles of this genre, they are few and far between.

What inspired Zen to venture into the world of RPGs?

While Zen is best known for pinball games, we definitely have proven our capabilities go far beyond the silver ball. CastleStorm was hugely successful for the studio, and there titles in other genres we have experience in. Our teams have been working together now for many years, and they have all released successful titles – it was time to turn this team loose, and let them make what they are truly passionate about. Operencia is a game many at the studio have long dreamed of making, and it has resulted in our biggest single game production to date. We have poured everything into this, and it is exciting to see this scale of production coming from Zen.

Tell us about the music in Operencia. What was the inspiration for the sound?

We worked with an incredibly talented individual named Arthur Grósz to craft a score that served the dual role of fitting with gameplay and honoring the source material. This is very much a product of Central Europe, and the music reflects that admirably, as you probably heard in the trailer.

Does the game feature real-world representations of historical figures? What inspired the characters?

Yes and no. We do feature historical figures – locations too! – but it’s all in a very “legendary” context.

The most important of these is definitely King Attila, whom you absolutely play as for a bit in the game (you may even fight him!). He’s obviously based on Attila the Hun, who – depending on whom you ask – was either one of the greatest leaders in world history or, as his enemies knew him in his time, the Scourge of God. We skew toward the former with him – in fact, we refer to him as the Scourge of Demons – while also not ignoring core character traits, from his conquering spirit to his fathering of many children, and even his lifespan and the way he died.

It’s not too far removed from what has happened with the likes of Robin Hood and King Arthur throughout the years. Both were probably real people – but their legends through time likely far surpass the men they actually were.

What makes Operencia stand out from other RPGs of its kind?

At its core, Operencia stands out simply for being a new take on an old-school genre we don’t see very often these days. The art style is also very unique – we’re not sure you’ll find anything else quite like it – and we’re quite satisfied with the relatively bright world we’ve managed to bring to life…which is saying something for a land whose sun has literally been stolen! Beyond this, we also believe our approach to creating the universe we have crafted is also something you just don’t see very often – especially pertaining to Central European folklore and mythology.

Is it a multiplayer game?

Operencia is a single-player narrative-driven experience. There are not any multiplayer modes or elements in the game.

What is the expected price for the game?

Did you find it helpful? Yes No

Send feedback
Sorry we couldn't be helpful. Help us improve this article with your feedback.